Home About Us Projects

As the City of Billings continues to grow, so does the need for parks, trails and open space for recreation, community events, relaxation and organized sports. Billings Parks Department is committed to developing new parks and improving existing park amenities to provide even better facilities for our thriving, outdoor oriented community. Under the projects menu to the left, click to learn more about the current projects we are working on. 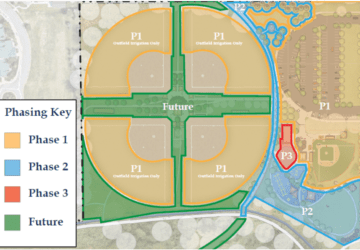 The Parks and Recreation Department and the Landon’s Legacy Foundation have collaborated to develop the first phase of Poly Vista Park. This phase of development will include important park infrastructure improvements, laying the groundwork for fully accessible park features. Development includes mass grading of the site, paving parking areas, installing accessible sidewalks and walkways, construction of an ADA accessible restroom facility, and replacement of the irrigation system at the existing four-play baseball field.

Most notably, phase one will include the installation of Billings’ first Miracle League Baseball Field, a special needs baseball field built with custom-designed rubberized turf that accommodates wheelchairs and other adaptive equipment! Landon’s Miracle Field will provide significant opportunities for individuals who experience physical or mental disabilities that exclude them from other baseball leagues.

Construction of the project kicked off this fall after a Groundbreaking Ceremony held in September. The project is expected to continue through the winter, weather allowing, and conclude in late spring/early summer 2022. Planning for the Grand Opening of Poly Vista and Landon’s Miracle Field is currently in the works. 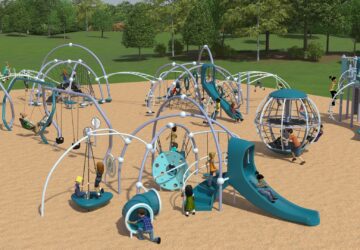 Terry Park will soon have new playground equipment and a picnic shelter!  Terry Park is a neighborhood park located near 5th Street West and Terry Avenue. This park is very popular, especially in the summer time, because of the splash pad and playground. However, many of the play features at the current playground have been removed because they are either obsolete or unsafe. Existing play features are aging rapidly, dramatically reducing the play value of the equipment. This past summer, the citizens of Billings were able to help choose the new playground equipment that will be installed at the Park through a voting contest held on Facebook. Over 1,200 votes were cast with 84% choosing the winning concept as their preferred playground design!  The new playground will include features that are accessible and inclusive, so that children of all abilities can play side-by-side with their friends. We are awaiting the arrival of the equipment and will begin installation, weather pending, when the installer becomes available. We anticipate the project will be complete in spring of 2022. The playground budget is $300,000.

The Terry Park picnic shelter is under construction! Located near the playground in the southwest corner of Terry Park, this new picnic shelter will be a great asset to the community for family gatherings and other events. The shelter will be available for reservation on the Billings Park and Recreation website, Billingsparks.org, or on a first-come-first-serve basis. The funds used to purchase and install the shelter were generated from of a cell phone company purchasing the right to install a tower at the fire station near the park. The project is estimated to be completed over the winter. The Shelter budget is $80,000. 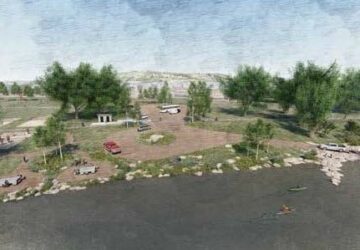 Staff is currently working on the first phase of development at Coulson Park.  This work will include the location of an ADA-accessible modular concrete restroom structure, a boat ramp, parking, and a picnic area.  Plans and specifications are complete and as soon as we receive the final permit from the Army Corps of Engineers we can put this project out for bids. The project budget is $110,000. 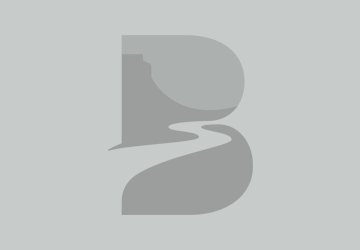 The Castle Rock Master Plan was completed and adopted by the Council in January of 2021.  Design of the play pod is finished and will go out for bid in July.  Staff is now turning their attention to the playground equipment.  Working with the Heights Task Force, several concepts will be developed for the playground and will be showcased online for citizens to view and vote for their favorite play features.  Look for these concepts this summer.  The goal is to have the playground completed this coming fall/winter. The budget for this project is $400,000.

Work is underway to build a new picnic shelter at Optimist Park. A contractor was selected and the shelter materials are being ordered. Initial sitework began in Fall 2021. The shelter will be located on the west end of the existing bathrooms. The South Billings Urban Renewal Association (SBURA) is partnering with the Parks and Recreation Department to fund this project. The budget for this project is $304,978.

Castle Rock Park is the largest park in the growing Heights neighborhood, attracting people from all over Billings. This 25-acre park in the Billings Heights currently has large, open playing fields, tennis courts, a splash pad, and a pond, with much opportunity to expand. The Park was originally built in 1982 but was only partially finished. An updated master plan for Castle Rock Park will be like a road map for adding new amenities and features, as well as improving what’s already in the park. An updated master plan would better suit the needs of both today’s Heights neighborhood and the greater Billings community.

During the Master Planning Process, public input was sought to gauge interest in new park amenities and improvements. Castle Rock Park contains both developed and undeveloped areas. The draft master plan was completed on November 2nd. The draft master plan was discussed at the December 2020 Parks, Recreation, and Cemetery Board meeting on Wednesday, December 9th and later adopted by City Council on in January of 2021. The updated master plan it is available for review HERE 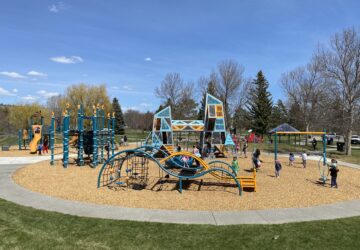 The Parks and Recreation Department hosted a voting contest to help choose the  playground design that was installed at Rose Park. The Rose Park Playground is a destination playground that is proving to be one of the favorites in town! The winning designs that were selected by the community members of Billings were installed beginning the Winter of 2020 and completed in the late spring of 2021. A portion of the project was funded using a Land Water Conservation Fund grant awarded by the State. 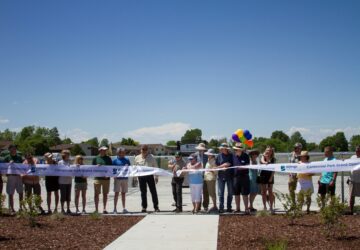 The Billings Parks and Recreation Department has completed construction to develop the first phase of the Centennial Park master plan. This was the first “Community Park” developed since 1982 when the department developed Castle Rock Park in the Heights. A “Community Park” is larger than a neighborhood park and generally range from 10+ to 100 acres depending on the community. Community Parks serve a larger area, a radius of one to three miles, and contain more recreation amenities than a Neighborhood Park. City Council  approved spending of $2.46million dollars to complete the first phase of development Centennial Park, which is around 23 acres. Phase one included the complete grading of the site, installation of interior sidewalks, installation an automated irrigation system, and hydro seeding the open spaces. The project also included finishing construction of the Parking lot on East side of the park (accessible from 32nd street) and installation of a restroom facility.

The Friends of Billings Dog Parks Inc. donated $80,000 to the project for the completion of the fencing surrounding an off leash dog park area and two doggie water fountains. The Department is also planning to use the development of Centennial Park as an opportunity to create an Arboretum, a place where a variety of less commonly used trees are cultivate for scientific, educational, and ornamental purposes. The completion of this project will provide two large multi-purpose open space areas that can be used for sports, community gatherings and other family activities.

In 2011, City Council created a City-wide Park District as a way to help fund deferred park maintenance to our infrastructure and improve our ongoing park maintenance in the future.  The park district generates approximately $1.9 million annually. Our top needs were identified through a city-wide statistically valid citizen survey, discussions with major park user groups (Billings Little League, Amend Park Development Council, Billings Softball Association, and Billings Tennis Association), the Parks, Recreation and Cemetery Board and the Billings Parks, Recreation and Public Lands Department staff. According to our Department’s 2017 Comprehensive Plan, we will have to replace approximate $22,542,500 worth of park amenities over the next 10 years to maintain current level of services. The fund is also used to leverage additional funding (matching funds) in the form of grants and donations for capital projects.

Over the past years we have been able to leverage an additional $860,000 (grants and donations) for capital projects: 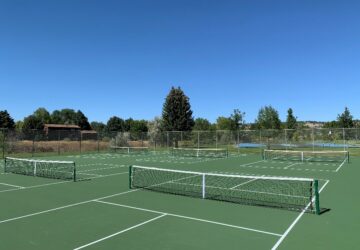 This project is ongoing. We will be installing internal fencing between courts in Spring of 2021 which will complete the project. 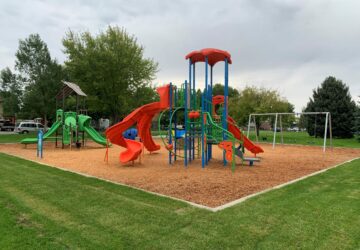 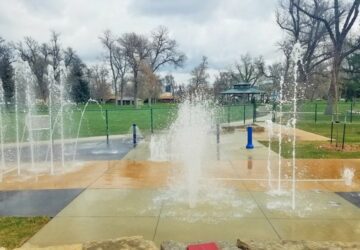 Replaced the Operation/Bathhouse Building at Rose Park Pool after Arson ($1,900,000) 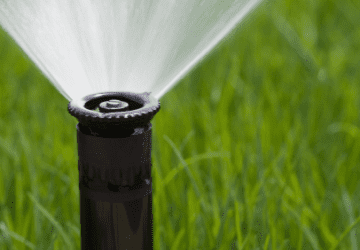 Replaced a 50+ year old irrigation system with an automated system at Veterans Park ($380,000) 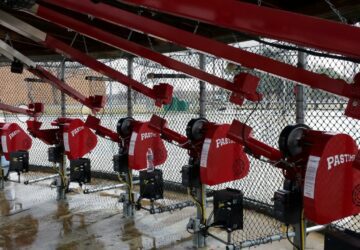 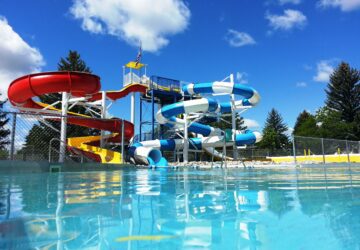